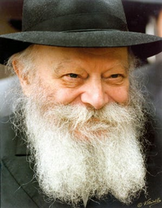 ​​Inspired by the Rebbe - Rabbi Menachem Mendel Schneerson, of blessed memory, Chabad welcomes everyone who is seeking the wisdom and warmth of Judaism, regardless of religious background, affiliation or financial means.

Chabad of  Central Vancouver Island is dedicated to serving and reaching out to all Jews and to extend a hand with physical and spiritual support to those in need. 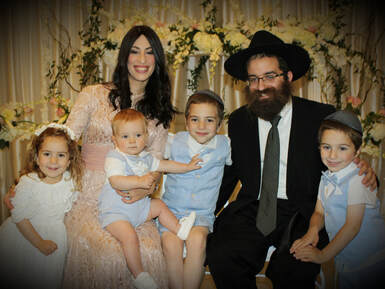 Rabbi Bentzi Shemtov was born and raised in Toledo, Ohio, where his father has directed a Chabad center since 1987. As the Rabbi’s son in a small Jewish community, Bentzi learned from a young age to devote his life to spreading Judaism and helping all Jews.
Rabbi Bentzi  attended the Michigan Jewish Institute for Advanced Torah Studies. Following his Yeshiva studies, he became a mentor to students in Chicago and Michigan. In addition he studied in Rabbinical Yeshivot in Israel and Central Lubavitch Yeshiva in New York.  During his rabbinical studies, Bentzi traveled to far-flung communities such as Moscow, Uruguay, St. Thomas and as far as Barranquilla, Colombia, always bringing the warmth of Judaism to all those he met.
Rabbi Bentzi has been assisting with the Chabad house activities in Toledo, OH and launched some very popular programs while getting many involved in Jewish education.

Blumie Shemtov was born and raised in Detroit, Michigan where her father serves as a Chabad Rabbi and many of her siblings lead Jewish centers as Chabad representatives around the globe. She graduated from Lubavitch High School in Chicago with honors and went on to post-graduate studies at Beit Chana in Safed, Israel. Blumie’s devotion and dedication to a bright Jewish future led to invitations from Jewish communities in Ohio, Wisconsin, Michigan, Sweden and China to share her talents with them by leading summer camps and organizing holiday programs. Following her studies, she gained experience by teaching in Hebrew schools as well as large community day schools including Victoria, BC, Detroit, New York and most recently Toledo, OH.

Rabbi Bentzi, Blumie and their children are happy to have made Nanaimo their home in the end of 2015, and are thrilled to be serving the needs for the Jewish community in Central Vancouver Island.  ​